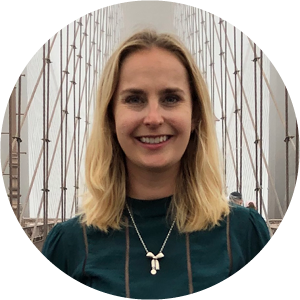 There’s something restricting your ad campaigns from reaching their potential.

What is this pesky performance prohibitor?

Weakened targeting capabilities? Ad fatigue? Both do have a negative impact on ad performance. However, these are commonly known, commonly talked about issues. What I’m describing isn’t one of the usual suspects and is not often discussed due to the fact that quite frankly, we’re so used to it we don’t believe there’s any way around it.

What I’m alluding to is “creative compromise”.

Picture for a moment that you have an upcoming campaign and you need to source creative. When weighing up your options as to which agency or production company to use, you’re likely going to have an ideal wish list that contains the following items:

However, when you go to make your choice, it quickly becomes evident that you’ll have to make at least one concession.

For example, let’s say that your campaign will incorporate multiple channels and placements, with each requiring unique creative assets to meet their individual specifications and best practices. All of a sudden, you’re looking at a high volume of required deliverables. But you have a deadline quickly approaching. So, you opt for a fast, automated solution. Problem solved, right? Well, not really. The assets you received—although delivered on-time and within budget—are lacking from a quality perspective, a tradeoff which sees your ads struggle to cut-through and drive impact with audiences.

This is a classic case of creative compromise—scenarios where tradeoffs have to be made between speed, cost, quality, and scale. You can have two, maybe three, but not all four.

For advertisers, the issue of these compromises is that they restrict the potential performance of campaigns. And although these compromises have always existed when it comes to creative, the issue has become exacerbated in today’s digital-dominated landscape with its insatiable need for more and more branded content within shorter timeframes, causing creative budgets and resources to be stretched.

This boils down to the fact that as media has progressed and transformed, many of the fundamental processes we use to produce creative haven't followed suit. Instead, they have remained relatively stagnant and are no longer suitable for the current media landscape.

From restrictive pricing structures to inefficient collaboration methods, these outdated components within the creative production process are causing compromises to become necessary far more often. In order to solve this, it’s time to go back to the drawing board and devise new, updated creative solutions that aren’t bogged down by traditional practices.

At Shuttlerock, we did exactly that. By scrapping tradition and starting with a blank slate, we were able to build a creative solution that is purpose-built for modern marketers with modern challenges and campaign objectives.

We introduced a fixed cost subscription pricing model that provides cost-certainty and the flexibility to add new assets or make changes without incremental costs. We streamlined creative production by fusing real people’s unmatched creativity with technologies’ infinite scalability. And we built a dedicated cloud-based creative platform that marketers can introduce into their tech-stack in order to bring everything together and produce creative more efficiently.

Learn all about how Shuttlerock enables brands to create without compromise by requesting a demo or by contacting one of our crew.

How To Optimize Creative For Cross-Platform Campaigns

In order for your cross-platform campaigns to perform to their potential, they need to be equipped with creative that is platform-optimized.
Read More >

Shuttlerock, world-leading Creative as a Service (CaaS) solution, announces the launch of a new subscription model, enabling marketers to produce a steady stream of assets for a fixed cost.
Read More >