How Augmented Reality Is Taking Brand Engagement To New Heights 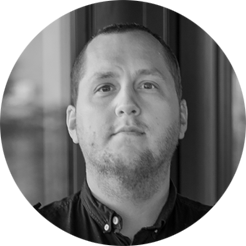 Although still in its relative infancy as a medium, Augmented Reality (AR) has started to gain a good deal of traction within the advertising world, with a growing number of brands adopting the format in order to drive higher levels of engagement online.

This adoption has been helped by the increasing accessibility of the medium, with channels such as Facebook, Snapchat, TikTok, Google, and Pinterest each now offering AR solutions to advertisers of all shapes and sizes.

This article briefly breaks down the current state of AR and its role within digital advertising, exploring examples of how the format can, and is being used by brands to immerse audiences with fun, interactive experiences.

AR, put simply, is the enhancement of real world experiences via tech-driven digital elements—mostly visual overlays. The concept of AR dates back to the 1960’s, however, the term “Augmented Reality” was coined much later in the 1990’s, during which time the sports and entertainment industry were the first to utilize the medium.

It wasn't until 2008 with an ad for BMW Mini that AR made its debut into the world of advertising. This AR experience enabled magazine readers to bring a Mini print ad to life by holding an image of the car to their computer’s webcam.

However, the true turning point for the rise of AR advertising, and AR more generally, came about in the 2010s with the rise of the smartphone. The increasing presence of smartphones within pockets, coupled with the astronomical advances in mobile processing power, provided brands with a key that opened up a whole new AR realm.

From viral mobile-gaming hits such as Pokémon Go, to weird and wacky selfie filters across social platforms, AR—through our phones—has become a part of our everyday lives.

In the first half of the 2010s, AR as an advertising tool was rather exclusive, requiring a good deal of time and money in order to develop interactive experiences. In recent years this has shifted. Leading digital platforms such as Facebook, Snapchat, TikTok, Google, and Pinterest, have all invested in AR offerings—essentially democratizing the format with accessible advertising solutions.

These platforms have also become AR trailblazers, with their investment and innovation helping to move the format forward in terms of its possibilities and applications.

The events of 2020 saw a fast-tracking of AR’s advertising growth as brands turned to the format in order to connect with audiences stuck at home during lockdowns. This high growth is expected to continue in 2021 and beyond, with it predicted that the global market will grow at a 43.8% compound annual growth rate between 2021 and 2028.

These numbers suggest that AR is likely to become a standard advertising practice in the not-so-distant future as digital advertising looks to become more interactive and immersive.

For this reason, brands that are not yet using AR in their digital strategy, should begin to test the format in order to get familiar with they ways in which it could be used to drive engagement.

Now that we’re caught up on the current state of AR advertising. Let’s dive into some of the most common applications of AR to understand how brands are already utilizing the format to boost engagement and drive business objectives. Benefits of AR for advertisers

Along with the benefits mentioned in the sections above, there is a scientific-basis to adopting AR, with studies showing that the brain reacts differently during an AR experience compared to standard experiences without AR components.

The video above summarizes the key findings of a 2018 study conducted by Zappar, Neuro-Insight and Mindshare UK.

These findings highlight why AR is becoming such a powerful advertising tool, and further emphasizes why brands should begin testing and implementing these solutions in order to avoid falling behind.

AR advertising is just getting started

The findings outlined above, as impressive as they are, are still based upon relatively early editions of AR experiences. The potential of AR as an advertising tool is still relatively untapped. As the functionality and sophistication of the medium continues to grow, so too will its advertising applications and effectiveness.

With digital leaders such as Facebook, Google, and Apple, all placing a high amount of resource into researching and developing new AR technologies, it’s safe to say that AR advertising in five years' time will be leaps and bounds ahead of what we are experiencing today in 2021.

With that being said, AR is already a powerful medium—and better yet, it is an accessible ad format with a whole bunch of use-cases, many of which don't feature in this article.

Dive in and learn about the fun, engaging, and immersive interactive ad formats available on the Facebook family of apps.
Read More >
Blog Article

Social Video Trends To Keep An Eye On In 2021

Dive into the video trends that will play out in 2021 and plan campaigns that are new, innovative, and highly relevant to this year's social media audience.
Read More >