Being Brave With Creative: Takeaways From Adweek 2019 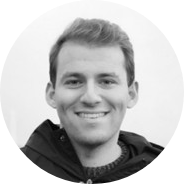 While attending AdWeek in New York, I heard a constant mantra in all of the talks relating to video advertising: everything is skippable.

In the past, advertisers had it easy: there wasn’t much you could do to ignore the 30-second TV spots that would come on every fifteen minutes. Now, multiple screens are competing for consumers’ attention and mobile-first video is the key to capturing that attention.

How can advertisers do this?

Sadie Thoma, Google’s Director of US Creative Partnerships said it best: “Be brave.” When you have just one second to capture someone’s attention and only a few more to inspire someone to take action, you have to be constantly trying new things and iterating.

Being brave does not mean simply trying new things without evidence or data. It means trying new things because we know they work. According to a recent report from Facebook, “advertisers’ approach to building creative has been quite reactive”— but what if we could be proactive?

By testing new mobile-first concepts through creative split testing, you can “be brave” with the confidence it will yield results. According to the same report, “creative split tests [on Facebook] produce strategies with an average 72% improvement in cost-per-acquisition (CPA).” You might not always see instant success with a new creative strategy - but even failures can lead to innovation later on.

Video is everywhere, and new video content is being created every second. Therefore, your ad creative strategy should be designed with this in mind. Building mobile-first video ads at scale can be a daunting task, but thankfully, some of us are trying to make it easier.