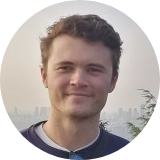 Video is no longer a secondary component of both Facebook and Instagram—it has become a dominant feature and a core focus. This is reflected by Variety recently reporting that Facebook’s video streaming platform Facebook Watch is now drawing a monthly user-base of 1.25 billion.

That’s a lot of eyes, watching a lot of video content!

This number has come about in part due to a large-scale audience migration, with significant numbers of viewers moving their video consumption away from traditional media forms such as Linear TV, and instead turning their attention to digital alternatives such as Facebook.

The sheer number of viewers shifting their gaze from the small screen to the even smaller, mobile screen, should be strongly influencing the advertising activity of advertisers, especially when it comes to brand marketing objectives.

This is because the level to which you can build your brand is determined by the size of the audience you are communicating with. Facebook and Instagram, with their vast potential reach—raise this bar, providing advertisers with an opportunity to truly scale their brand building efforts.

The In-Stream video placement should be a staple within any brand-focused Facebook ad campaign.

However, as Facebook Watch grows, the In-Stream format has increased its flexibility, allowing it to cater towards a diverse range of business objectives. "Skippable" In-Stream ads have been developed in response to this, along with pre and post-roll placements being offered.

The key point of difference with In-Stream video ads is the fact that they encourage longer view durations.

Being already embedded within a piece of video content means that the ads are speaking to people who are already in video-watching mode. This "lean-back" viewing environment, coupled with the ability to place your video ad within relevant content enables you to speak to a highly engaged and receptive audience.

More time spent with your audience

Other Facebook and Instagram video ad placements such as In-Feed and Stories—although having high reach—experience significant watch time drop offs once the ad reaches the three second mark. In-Stream ads—also with high reach—are unlike these other placements in this respect. Rather, with In-Stream video, the viewing environment helps to sustain watch time due to audiences being mid-stream rather than mid-scroll.

This is great for achieving brand outcomes as the longer watch time and higher video completion rate enables you to spend more time with your audience, which, in turn, allows you to communicate a richer, more complex message that highlights the key aspects of your brand’s identity.

Although the In-Stream placement has a number of unique characteristics, many of the core tenets of mobile-first best practices remain applicable. Prominent up-front branding, concise storytelling, and bold text should be included in order for the video to effectively engage audiences viewing videos within a mobile-environment.

Moving past these mobile-first best practices that should be applied to all video ads produced for Facebook and Instagram, the following section breaks down the four specific creative recommendations that will help to optimize your In-Stream ads for maximum impact.

Video ads have traditionally been strong performers in building brand across a range of verticals. However, in more traditional video environments the tendency is to run longer creatives such as 30-seconds or greater.

At Shuttlerock, we’ve been able to monitor a variety of video ad durations across different online video platforms and have found 15-seconds to be the optimal target duration to build brand equity in a mobile first video environment. The shorter attention spans of mobile audiences means that creative with a traditional 30-second duration tends to be abandoned halfway through. So, in order to maintain viewer engagement, your creative needs to be shorter, sweeter, and punchier.

When your creative is optimized in this way, the results will speak for themselves. For example, On-Cor Frozen Foods  worked with Shuttlerock to refresh and condense an existing 30-second TVC to work within Facebook’s placements (including In-Stream), and were able to increase their video completion rate by a whopping 200 percent!

2. Amplify your visuals through sound Being a sound-on environment, the In-Stream placement calls for complimentary sound design in order to supplement and amplify the visual aspects of your creative.

Your music choice should not only reflect the mood of your brand’s creative, it should influence how your creative is configured in terms of editing. Try cutting on beat or using sound effects to emphasize transitions as a way of holding viewer attention.

When your video works in unison with the soundtrack, it enables your ad to heighten engagement, leading to better brand registration and message clarity.

3. Crop in tight to the people within your ad

If you plan on featuring people within your In-Stream creative, be sure to crop in tight with your framing. By doing so, you are able to create a sense of intimacy between your audience and the characters.

When adapting footage that was originally designed for TV screens to work on a mobile placement such as In-Stream, it is crucial to be aware of how the differing screen sizes impact a viewer’s experience with an ad. TVC’s for example will often feature many characters on screen at once, and will utilize distant framing.

This doesn’t translate well to the smaller mobile screen as the characters feel distant and detached. Avoid this by focusing on a small number of characters within your creative, and giving them a strong presence on screen.

The smaller dimensions of a phone screen should also influence the way that you approach superimposed text within your In-Stream ads. Make sure your copy is large and legible, dominating the screen in order for it to be easily read on a mobile device.

It is also important to ensure that your supers aren’t competing with the visuals playing out on screen. Rather, your copy should work in harmony with the visuals and feel as if they are one and the same.

Although your copy should be concise, it needs to be bold and memorable, communicating the key attributes of your brand that you wish to present.

Build your brand with In-Stream video

By placing your video ad within a video environment, you are able to spend longer with your audience, allowing you to communicate a richer message that expresses your brand identity to its fullest extent.

Discover how to repurpose User Generated Content in your Facebook campaigns to bolster brand authenticity this holiday season.