Streaming TV Advertising: What You Need To Know 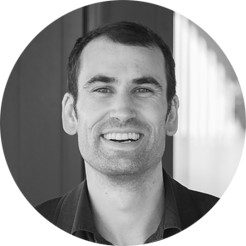 Streaming TV may be the (relatively) new kid on the digital advertising block but it is already making its presence felt with an increasing number of brands adopting the medium into their advertising efforts.

Offering advertisers the precise targeting and measurement abilities of a digital channel has made Streaming TV an appealing and effective way of engaging a new generation of TV-audiences.

We are now seeing the rise of the “cord-cutter” generation, with swathes of people replacing their traditional TV subscriptions in favor of online, streaming alternatives. This is especially the case amongst young people with 74% of 18-34-year-olds in the U.S having either never had cable, already cut the cord, or plan to cut the cord in the future. Some have labeled this the death of television, however, this is a massive exaggeration and we should see the advent of streaming as a natural evolution in television’s history.

In this article, we provide a basic introduction to Streaming TV advertising: key terms, the benefits compared to traditional TV, along with some creative best practices.

First things first, we need to wade our way through some jargon...

The difference between CTV and OTT

OTT can be simply understood as film and television content distributed via the internet (over the top) rather than through traditional cable or satellite connections. Hulu, Netflix, Disney+, and HBO Max are all examples of OTT services providing video content that can be consumed through devices connected to the internet.

CTV, on the other hand, speaks to one of the different types of devices that enable OTT content to be consumed. Smart TVs are the main devices in this category, however, other pieces of tech that enable your TV to stream via the internet, such as Chromecast, AppleTV, and Roku, also fall under the CTV umbrella.

Simply put, OTT refers to content, CTV refers to a specific device. The main thing to note is that although CTVs are one of the most common way of consuming OTT content; laptops, desktops, and mobiles also support OTT streaming but don’t fall under the CTV category.

To simplify things, we will refer to the combination of CTV and OTT as Streaming TV.

The next set of acronyms we need to tackle are Ad-supported Video-On-Demand (AVOD) and Subscription Video-On-Demand (SVOD). These two terms define Streaming TV services by their revenue models and how audiences are able to access their respective content.

SVOD services see audiences sign up on a subscription fee model, which will often give them full access to the service’s content without ads, i.e. Netflix. On the other hand, an AVOD service allows viewers to access content for free with the knowledge that they will be served ads.

It is important to also note that some services function as a hybrid between AVOD and SVOD. For example, on Hulu, the vast majority of users choose a model that sees them paying a discounted subscription fee, giving them access to Hulu’s premium content whilst also seeing ads.

The benefits of Streaming TV for advertisers

In terms of return on ad spend (ROAS), Streaming TV provides higher levels of efficacy for brands due to the fact that rates are based upon cost per thousand (CPM), meaning they only pay for the actual views and impressions that their ad receives. Conversely, traditional TV rates are based upon ratings and projections. This method isn't ideal as actual viewership can fluctuate dramatically meaning fewer people see your ad than expected.

Lastly, Streaming TV advertising is more accessible for small-to-medium-sized businesses (SMBs). Television advertising has conventionally been seen as being reserved solely for larger brands, however, this is a barrier which is gradually being lowered by Streaming TV. Hulu, for example, has recently announced a self-service advertising platform which makes it easy for SMBs to order and deploy TV-ready video ads.

Just as Broadcast TV made way to Cable and Satellite, Streaming TV is now taking over the reins and ushering in a new generation of TV-consumption. For advertisers, this marks a massive step forward in terms of targeting efficiency and measurability, as well as making TV advertising more accessible for a wider range of brands.

In our upcoming webinar, discover how Streaming TV advertising can enable your brand to unlock new, tuned-in audiences.